Altibox acquires 100% of shares in Skagenfiber AS and their projected fiber optic cable between Norway and Denmark and thus completes the international Euroconnect-1 ring announced earlier this month. Skagenfiber, once live towards the end of 2020, will attract an international clientele of data centre operators and telecom carriers, further enhancing Norway’s appeal as a digital host nation.

Skagenfiber’s 170km long subsea cable stretches from Hirtshals on the northern coast of Denmark to Larvik on the southern coast of Norway with onwards connections to the data centre hub of the Oslo region. The cable significantly strengthens capacity between Norway and mainland Europe and offers sorely needed diversity as regards data traffic in and out of Norway. Today, a major part of internet traffic is routed through Sweden, a disadvantage considering redundancy and security as well as the latency loss – or speed of data transmission – so critical to data centre operators and hyper-scalers.

- There is a significant requirement for high capacity fiber connections between Norway and mainland Europe. The combination of the two subsea cables  «NO-UK» and «Skagenfiber» will in their robustness and combined capacity meet the ever-increasing demands for first class digital infrastructure in Norway. More than that, they will connect Norwegian businesses to the world and significantly increase the attractiveness of Norway as a digital host nation to international data centres, says Toril Nag, Group Executive Vice President of Lyse’s  telecoms division and Chairwoman of Altibox.

The Skagenfiber build-out commences early in the new year and the cable will be ready for service towards the end of 2020. Several of the Skagenfiber founders will remain and partner with Altibox to see the build through to completion.

- We are tremendously excited to join forces with Altibox and start the realisation of this network asset, the planning of which has been more than 2 years in the making. There is keen interest in the market for first class connectivity to Norway, and in combination with the investments Altibox are making in NO-UK and Euroconnect-1, the Skagenfiber cable will most certainly place Norway firmly on the map, says Geir Holmer, the Skagenfiber CEO. 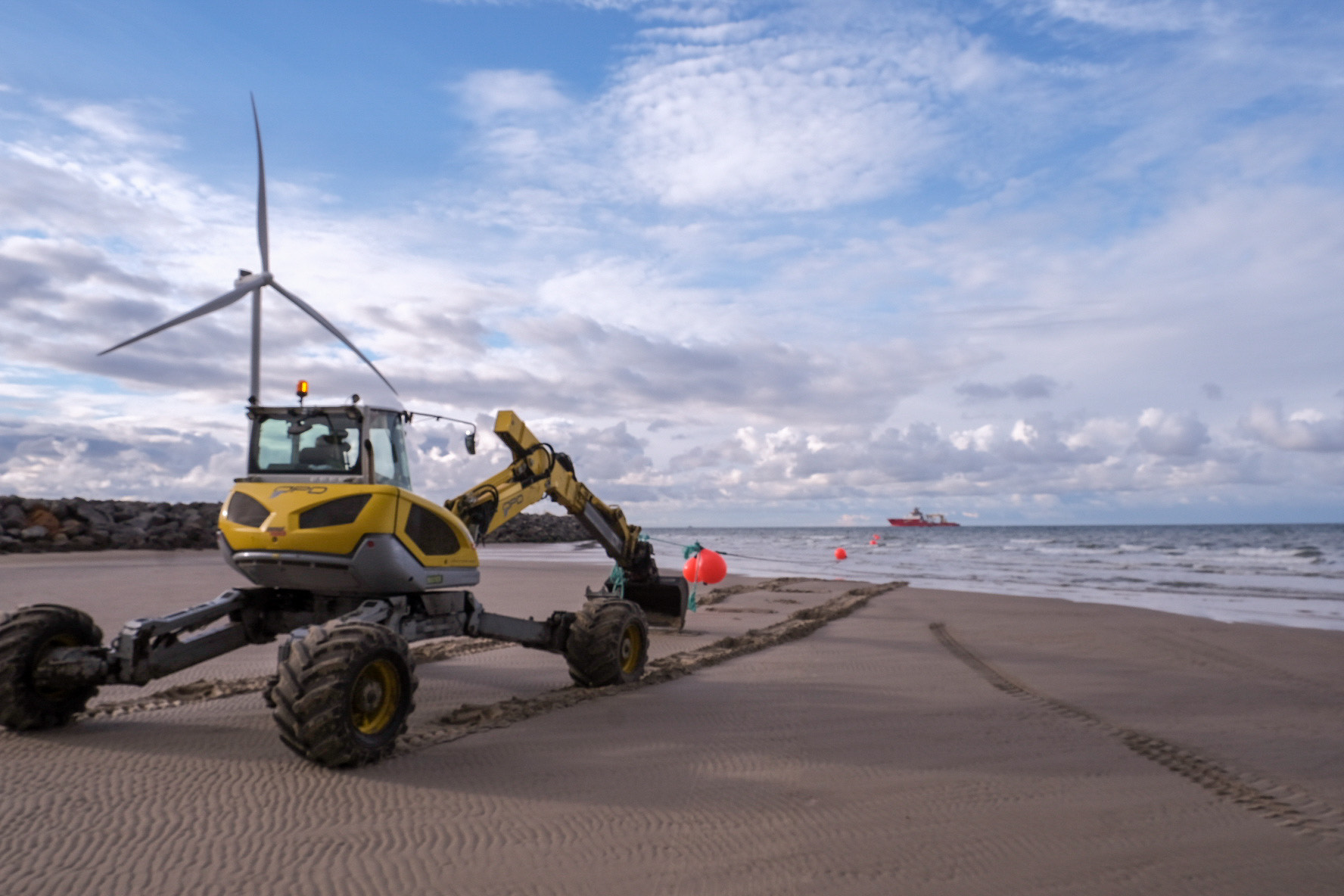 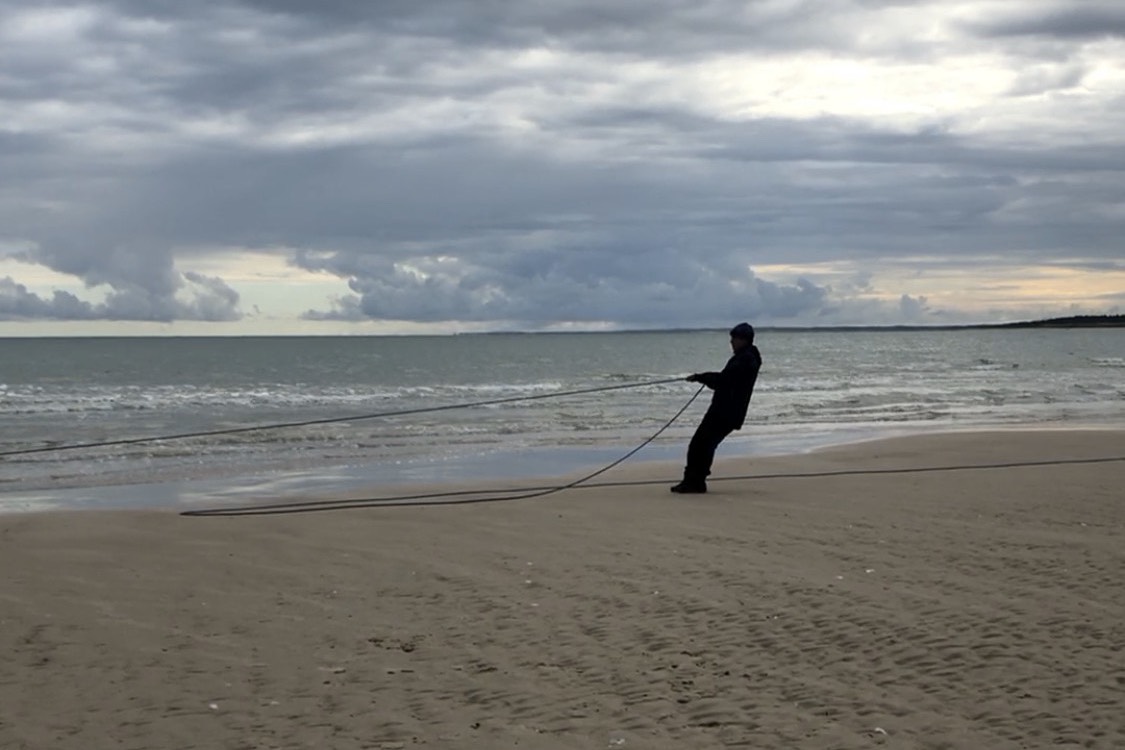 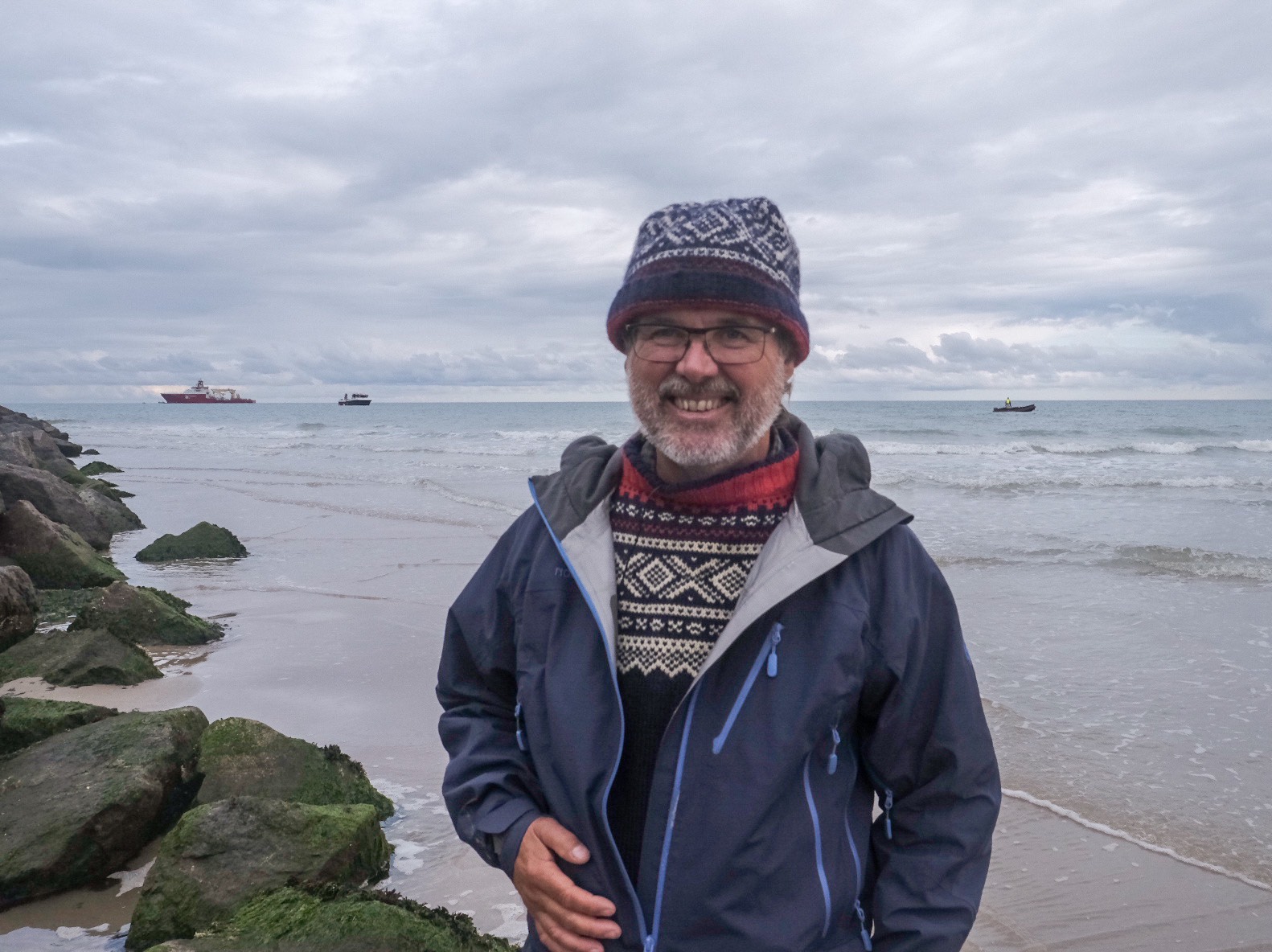 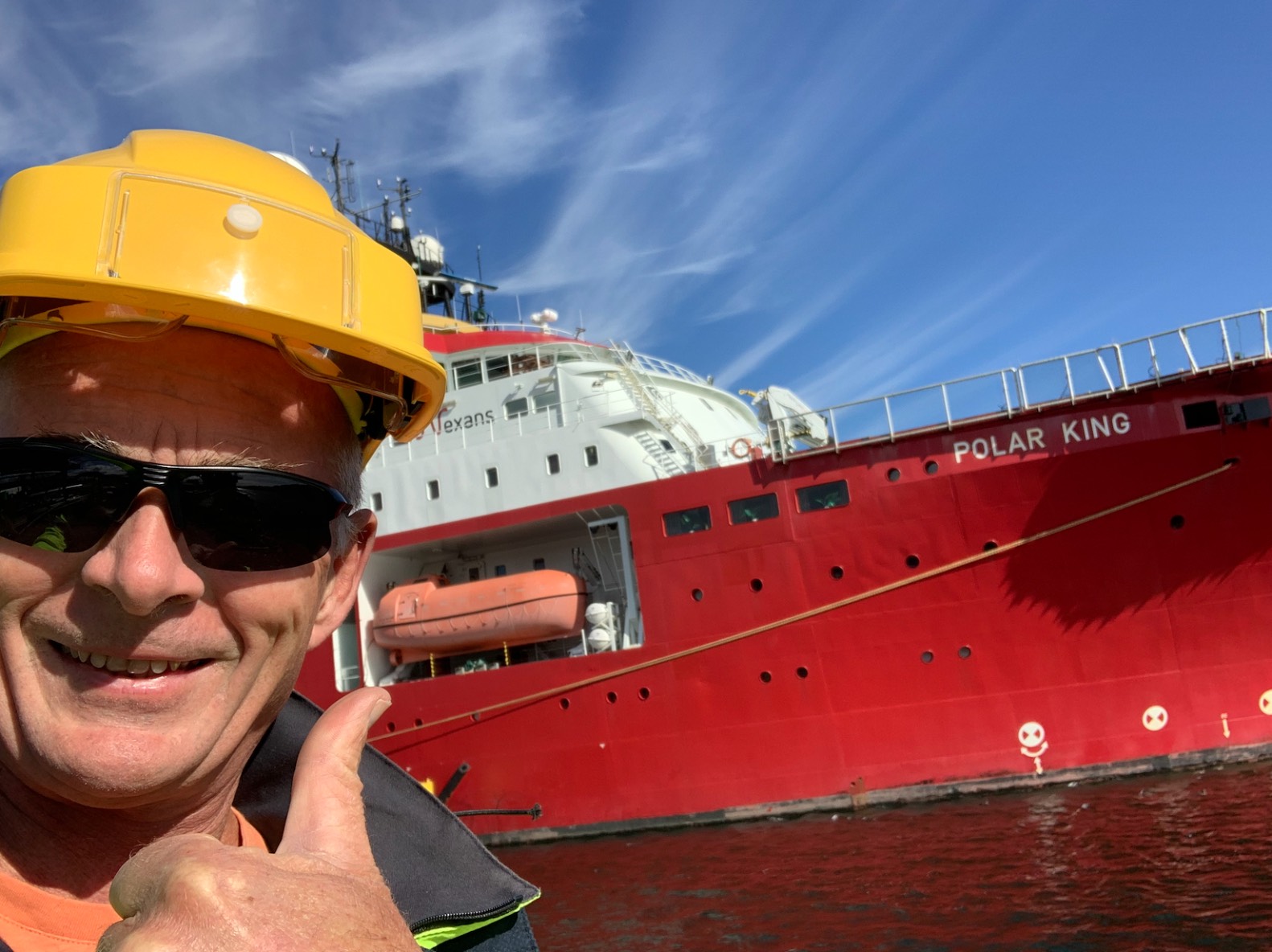 We have finished the land distance Oslo- Larvik.

We have finished the sea distance Larvik-Hirtshals.

We are currently finishing the Cable Landing station - datacenter in Hirtshals and Larvik.

Lyse Tele is made up of the wholly owned digital-TV & broadband provider Altibox AS, and Lyse’s ownership stake in several fiber providers in Norway and Denmark. The national backbone network of Altibox covers all of Norway, from Agder in the south to Finmark in the north.

Lyse Tele has 330 000 fiber customers, distributed across Norway. In addition, Altibox provides services to other network operators/owners. In total, more than 600 000 consumers and businesses get their Internet and TV entertainment from Altibox.

There is currently no established market for dark fiber nationally in Norway – the current infrastructure is largely controlled by two large incumbents with numerous smaller operators.  To connect over any distance – and we have enough of that in Norway - you need a patch-work of independent connections.

International dark fiber not going through Sweden is very scarce and generally not commercially available.

The sea bed between Norway and Denmark consists of large stretches of sand and mud.  This allows for the cables to be mostly buried to an average depth of 1.5 meters. This provides a solid measure of protection from physical damages – intentional or accidental 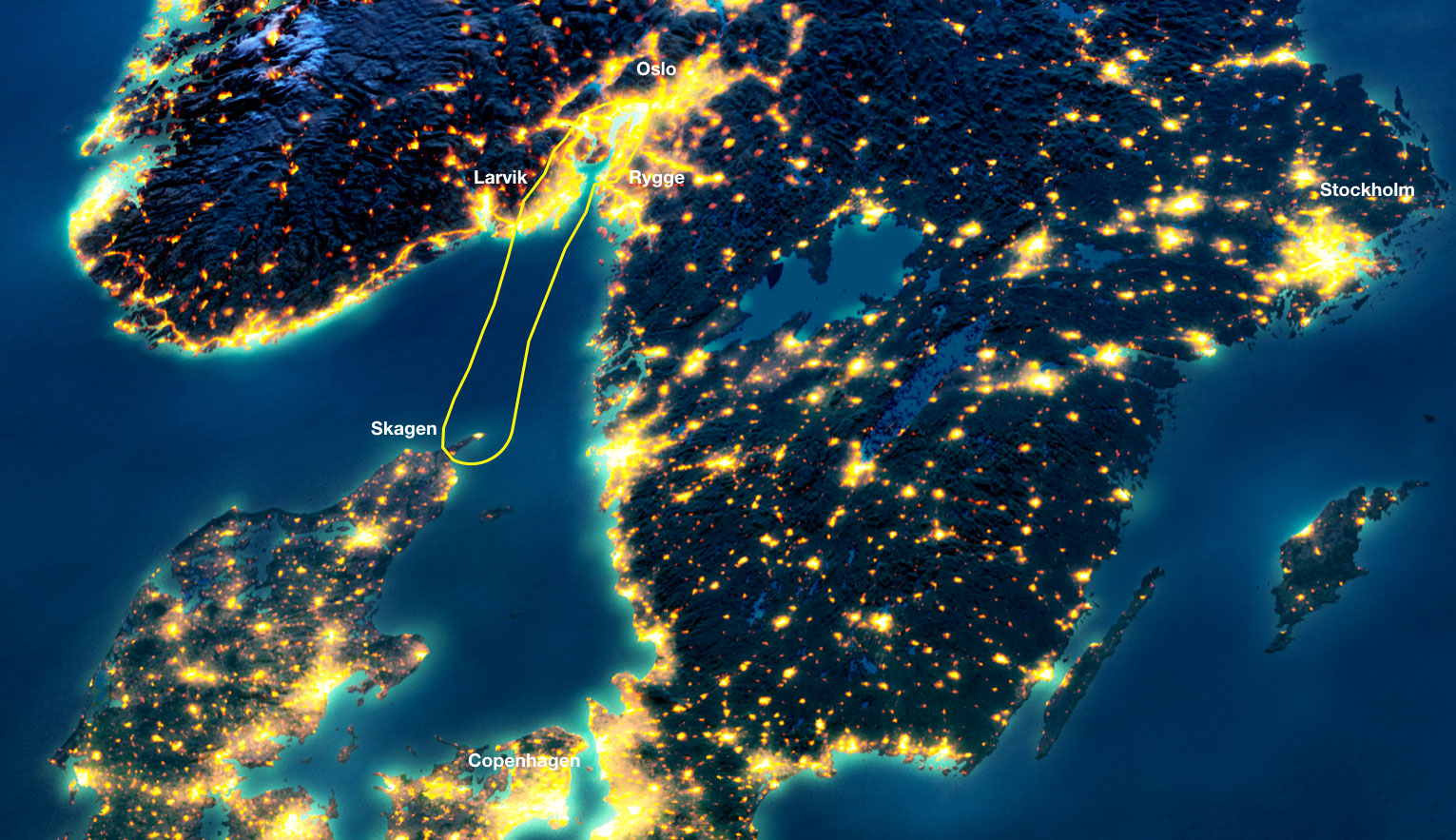 Via our continental partners, we will be able to offer dark fiber from Oslo to the major hubs in northern Europe such as Esbjerg, Hamburg, London and Amsterdam.

Our cables have received universal encouragement and support from all levels of Government, the large data center operators, the University networks in Scandinavia and customers near and far.

Digital networks represent critical infrastructure on par with power and water. Hardly any company, public service or even our homes and cars function without 24/7 online access.  24/7 requires redundancy at all levels and multiple access routes.

Norway’s national infrastructure is quite good, albeit fragmented, but direct connections between Norway and the Continent are few and mostly quite old.  Almost all the international connections go via Sweden. Approximately 80% of all of Norway’s internet traffic takes the long, scenic route from Oslo to Stockholm and then through Copenhagen.

This lack of alternatives creates vulnerability, security risks and higher than necessary latency. Norway simply has to establish additional international connections and the obvious and shortest route is from southern Norway to northern Denmark.

Geir has broad national and international experience spanning leadership, finance, advisory and change management. His focus has fallen primarily on the telecom and data centre industries as well as management consulting in the UK and Scandinavia.

He has held leadership positions with Virgin Media (Liberty Global) and Level 3 (CenturyLink) in the UK following two years with KPMG in Norway. Before joining Skagenfiber, Holmer was a partner in the London based JTD Associates Ltd.

Helge is a «serial entrepreneur» having founded several companies in the internet and media space. He started Norway’s first internet consulting company in 1993 (Media Lab as).

He also co-founded the first internet shop in Norway – Online Club/Yatack, Network Computing, Workzone, Hospital IT etc. He has developed and patented solutions for cooling and power distribution in data centers and thrives on driving the development of digital infrastructure forwards.

Rune has worked extensively with telecom infrastructure and fiber for both data communications and mobile. He was the Director of Mobile in Sønnico/Eltel, led Telia’s "Net-Modernizing Program" rolling out 4G in all of Norway.

He also managed the upgrade of ADSL/VDSL in Norway for the two largest telcos as well as several other infrastructure projects for mobile, broadband and fiber and has held management positions in Alcatel, IBM, HIQ and NEXIA.